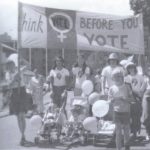 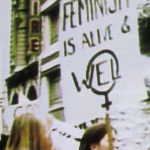 Think WEL before you vote!

Women’s Electoral Lobby Victoria is a feminist non-party political lobby group, established in Melbourne on 27 February 1972. Join WEL Victoria to help gain equality for women. Throughout this website, you will see many of our current and early references, using interesting links showing WEL’s policies and past submissions. Click to display a link then press the left arrow to return.

Note! Our happy celebration of the 50th Anniversary of WEL Victoria on 27 February 2022! Visit https://www.theage.com.au/national/putting-politicians-and-parties-to-the-test-on-women-s-issues-20220221-p59y9r.html? to read the article in The Age newspaper by original member Iola Matthews for the 50th Anniversary or read it in our About WEL page.   See more in our News page.

For the Federal Election, WEL Australia has set out extensive policies for our lobbying. CLICK to read the list. Correction: Page 31 para 4, should show $9 Billion, not $8 Million.

See how WEL scored what the parties promise for women at www.wel.org.au/2022_federal_election_policy.

The Outcomes of the Jobs and Skills Summit, Sept. 2022, are released by Govt.

Visit www.treasury.gov.au/employment-whitepaper/jobs-summit or see the summary below.

Review childcare prices, increase subsidy rates in 2023, and review it under the Productivity Commission.

The 2022 WEL Survey results have been released and show important insights into what matters for Australian women who want genuine government commitment to gender equality. When respondents were asked to list the top women’s issues likely to influence their vote they said: women’s safety and housing security. Ending violence against women was ranked as the biggest challenge for Australia with 99.5% of survey respondents demanding funding for the National Plan to reduce Violence against Women and their Children. WEL will continue to advocate for policies that are funded and practical.

The Government has released the Draft National Plan to End Violence against Women and Children – 2022-2032. WEL will examine the Draft Plan to see if it aligns with our expectations. See the Plan at engage.dss.gov.au. Latest news on 30/1/2023: Government announces 10 days paid leave allowed for family and domestic violence cases. And Australia’s first Domestic, Family and Sexual Violence Commissioner Micaela Cronin has been announced by Minister Amanda Rishworth.

Budget 2022. The Labor Government Treasury has announced these new welcome plans for women:

Spending of $7.5 billion for cheaper childcare and expanding paid parental leave to 6 months by 2026.

Providing $100 million and 30,000 new homes over the next 5 years for crisis and transitional housing for women and children fleeing domestic violence and older women on low incomes risking homelessness.

$3.1 million for the Office of Women to develop a national strategy to achieve gender equality and support the Women’s Economic Equality Taskforce.

$5.8 million over 5 years to support women in science, technology, engineering and mathematics (STEM) through the Women in STEM entrepreneurship program.

Women’s March4Justice was held on 15th March 2021 at Treasury Gardens in Melbourne and around Australia. Women and allies across the country gathered together to call for equality of access to safety, wellbeing and economic prosperity. The movement emerged on 28 February from a tweet by Janine Hendy. See our News page for the speech by Brittany Higgin domestics at Parliament House, Canberra. In Canberra Tanya Plibersek and Larissa Waters (the Government declined to send a representative) formally received the petition of 90,000 signatures with four immediate actions:

Alongside feminist organisations who are our allies and sisters, we declared “ENOUGH IS  ENOUGH“. And what a waste of $3 million for the Federal Government is that ridiculous TV video that is just a shambles of the important subject of “Consent” and never even becomes intelligible!

In 2021 the IAW (International Alliance of Women) recommended to the 65th Session of the U.N. Commission on the Status of Women that: “New laws, regulations and social justice programs should be developed and implemented to respond to women’s under-participation in leadership. Such programs should include equal pay, addressing harassment, violence and abuse of women online and offline; examining legal ideas of what constitutes a threat or threatening behaviour; and requiring additional protection measures to be developed, recognising that online presence is now part of participation in public life and discourse, and therefore online space should be protected and safe from abuse, and harmful, sexist and discriminatory language”.

We mourn the passing of Susan Ryan, dedicated feminist and WEL member, who was the first female Australian Government Cabinet Minister in our Australian history. Susan drove through the Sex Discrimination Act and initiated improvements for the aged. Visit https://www.wel.org.au/media_statement_fare_wel_the_honourable_susan_ryan Vale Susan. We have also lost Val Byth, an early, dedicated WEL member who was WEL Convenor for many years. Vale Val.

Equal Pay Day:   CLICK  to find out all about it!

Read “The Rule of Male Law” by Kerry Lovering, WEL Victoria member, in our Sexism page calling for justice for female victims of sexual assault.

Read “Women and Leadership” by Julia Gillard, whose reason for being in politics was to show that a woman could stand in the space and own it. She hopes that all barriers will be cleared away. ABC Q+A, 13 July 2020. See more in our Books page.

Read “Natasha Stott Despoja on Domestic Violence“. She denounced male disrespect and control of women and urged the government to speed up the delivery of its $150m package to support people experiencing domestic violence during the pandemic. National Press Club, 19 August 2020.

Read “See What You Made Me Do” by Jess Hill, winner of the 2020 Stella Prize, calling for an end to domestic violence and coercive control. And as Grace Tame, Australian of the Year 2021 says: “We find truth in stories of survival, converting negativity to positivity” – she lobbied and changed Tasmanian law to allow sexual assault victims to speak.  She says there are 8 different laws for consent in each State, so it needs a national approach along with “consent” education and new laws. She has excellent advice for survivors – see News/Go Girl page. ABC Q+A. 4 Feb. 2021.

Visit www.brazenhussies.com.au to view a screening of “Brazen Hussies” a new film showing the 1980s activism against violence towards women.

Join Women’s Electoral Lobby Victoria to help with the work that is being done to lobby governments for women’s equality – see our media statement below to show how much work is needed despite the current pandemic. Women have been forgotten once again – we need your help!

FEDERAL ELECTION 2022.  The new election policies for WEL Australia have been developed and can be accessed at www.wel.org.au. This election will be important for the benefit of all Australian women. Watch for more news.

Women’s 2021 Budget Statement from WEL Australia– A Rationale and Rations
WEL Australia welcomes the childcare package worth $1.7 billion over five years or $340 million a year. This will assist families with a second and more children. It has been headlined as supporting women’s workforce participation and WEL-A will monitor what it actually delivers for women and their families.

“The Budget powering Australians to a great comeback after COVID has not delivered much more for women’s safety and economic security,” said Jozefa Sobski, National Convenor of WEL Australia. “Women’s organisations were expecting more than top-ups in existing programs or more of the same inadequate levels of funding to meet the pressing and continuing needs identified by frontline services.”

“The Women’s Budget Statement is full of promises. It provides a strong rationale for addressing a range of issues, but it fails to match this with newly funded initiatives. The government has missed its opportunity. This is very disappointing,” said Ms Sobski

“When the Child Care initiative is extracted from the $1.8 billion to improve women’s workforce participation and economic security, there is $100 million to cure all other ills, like pay inequity, more women in leadership positions, more women undertaking Science, Technology, Engineering and Mathematics for the jobs of the future or re-entering the workforce after a career break.  This is just $20 million a year across the country.”

“Women’s Safety initiatives have been allocated $998 million over four years or $250 million a year. The Government provided $150 million in last year’s budget to bolster family, domestic and sexual violence supports during the pandemic, of which $130 million, went to state and territory governments to invest in specialist services to ensure the safety of women and children most at risk of violence targeting particularly vulnerable cohorts. Spread over all states and territories, it does not amount to very much.”

“This level of funding continues. It is spread over frontline services, financial support for women fleeing a violent relationship, support for refugee women and safety for other migrant women, better support for Aboriginal and Torres Strait Islander women and children, expansion of the Safe Places program and further support for temporary visa holders.”

“This additional funding for Women’s Safety is very welcome, but unfortunately is not matched by a concomitant increase in funding under the National Housing and Homelessness Agreement. Homelessness among older women is a growing problem. This is also the program which funds women’s refuges. The Government has, however, allocated funds to meet the wage requirements of workers in the sector providing it with greater certainty,” said Ms Sobski. It is a mixed picture and a missed opportunity to do much more for those in the caring economy and those in need of care and support.

* increase funding for education and pre-school

1. Ensure costs and benefits are fairly distributed between women and men

3. Recognize the value of caring and supporting roles, whether paid or unpaid

4. Rectify past and current inequalities between men and women

5. Enhance opportunities for both women and men to take on equal rights and responsibilities.

OUR ONGOING CAMPAIGNS including alerts on discrimination, violence and sexism. Women have had enough of male violence. Lobby your politicians to end violence against women and children. Men must not turn the other way when they see violence, else they are colluding in criminal behaviour. WEL Victoria supports the new #ME TOO Campaign against work abuse. WEL Victoria will lobby against the high cost of university fees and urges the government to fully fund the Gonski reforms for better education.

YOU CAN MAKE A DIFFERENCE!  Our recent lobbying:

* support the Family Violence Bill of Victoria which deals with violence against women. See our Issues/Violence page and WEL Australia’s draft submission to the National Council on Violence.

LOBBYING GETS RESULTS – Previous Sex Discrimination Commissioner of the Human Rights and Equal Opportunity Commission, Elizabeth Broderick, conducted a Listening Tour around Australia and announced a “roadmap towards gender equality”.  CLICK  for HREOC Media Release with proposed outcomes for women, in tune with WEL’s lobbying.

AND MORE LOBBYING – The Federal Legal and Constitutional Affairs Committee inquired into the effectiveness of the Commonwealth Sex Discrimination Act 1984 in eliminating discrimination and promoting gender equality.  CLICK  for WEL Australia submission.

SUCCESSFUL LOBBYING – Labor Policy: Federal Government boards to comprise at least 40 percent women. We will be lobbying the Government to amend the Corporations Act to ensure this in all public companies.  CLICK for the WEL submission calling for 40 percent women on boards and in government. As Anne Summers told the nation on TV “We must continue to fight.” National Press Club, ABC, 6 March 2019. And as Wendy McCarthy, founder of WEL NSW in the 1970s, told the NSW Liberal Women’s group “You have to keep up the fight or it will all fall away.” The Drum, ABC, 7 April 2021.

Visit http://www.wel.org.au/ for Women’s Electoral Lobby Australia website for national policies and information about other WEL groups around the country.

WEL Australia has developed a policy which we all endorse: Women and Children’s Safety Program (WCSP). This program aims to keep women and their children safe.  To pledge support visit www.wel.org.au/pledge_wel

Iola Mathews, a co-founder of WEL, has released her new book about the long and ongoing battle for equal pay “Winning for Women: A Personal Story”. See more in our Books page.

Send WEL Victoria an email on any matter important to women at info@welvic.org.au.

Thank you and join us, your opinion and ideas count.

THINK WEL BEFORE YOU VOTE!